In recent years, melatonin has become a medicine cabinet staple supplement for people struggling with getting adequate sleep. But the rise of using melatonin for kids in the last few years is also leading to a worrisome increase in kids melatonin overdose reports to the poison control centers, according to a new study from the Centers for Disease Control and Prevention (CDC). 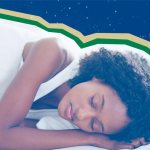 Does Melatonin Really Help You Sleep?

Per the study, published on Friday by the CDC, the amount of overdoses in children per year increased by 530 percent between 2012 and 2021. Researchers attribute this increase to a few factors, but note that the increase in accessible OTC melatonin in various forms (tablet, capsule, liquid and gummy) plus the growth of the market and increase in sales (increasing by 150 percent  between 2016 and 2020) has likely led to a higher risk of exposure of overdose in households with kids.

This is also reflected, they note, as a majority of the calls involved incidents with kids accidentally getting into and consuming melatonin that wasn’t stored properly.

“Increasing use of over-the-counter melatonin might place children at risk for potential adverse events,” per the researchers. “Public health initiatives should focus on raising awareness of increasing melatonin ingestions among children and on preventive measures to eliminate this risk.”

The pandemic also played its role in this situation, with researchers noticing that “the largest annual increase in pediatric melatonin ingestions coincided with the onset of the COVID-19 pandemic” and adding that the increased time at home and increasing sleep disturbances during that period probably made melatonin more available at home.

There’s also some concerns over the “variability in melatonin content across products” — with researchers noting that the variety of supplements on the markets can contain different formulations with different amounts of melatonin that can effect bodies differently. Add that with the United States more relaxed restrictions on melatonin — counting it as an OTC dietary supplement with less regulation — and that helps add context to the increase.

As SheKnows previously reported, the concerns over mislabeling or misrepresenting the formulation of various melatonin products has been a concern for a while: “In a small 2017 study in the Journal of Clinical Sleep Medicine, researchers analyzed about 30 melatonin supplements and found that label claims of melatonin content were significantly wrong. Some products contained 80% less melatonin than stated, and others contained more than 400% melatonin than stated. And many products, 26%, also contained serotonin, a substance used to treat neurological disorders.”

Researchers in the new study noted that “the most variation was found in the chewable formulation, which is most likely to be used by children” and also addressed concerns about serotonin toxicity in children.

“Quality control issues prompted a health legislation intervention banning the sale of OTC melatonin products in Canada. Similar drug quality studies and legislation initiatives in the United States are lacking,” per the researchers. “…Increasing use of OTC melatonin in various formulations, lack of robust manufacturing regulations, and varied dosing recommendations can place children at risk for potential adverse events.”

Before you go, check out our favorite all-natural cough and cold products for kids: